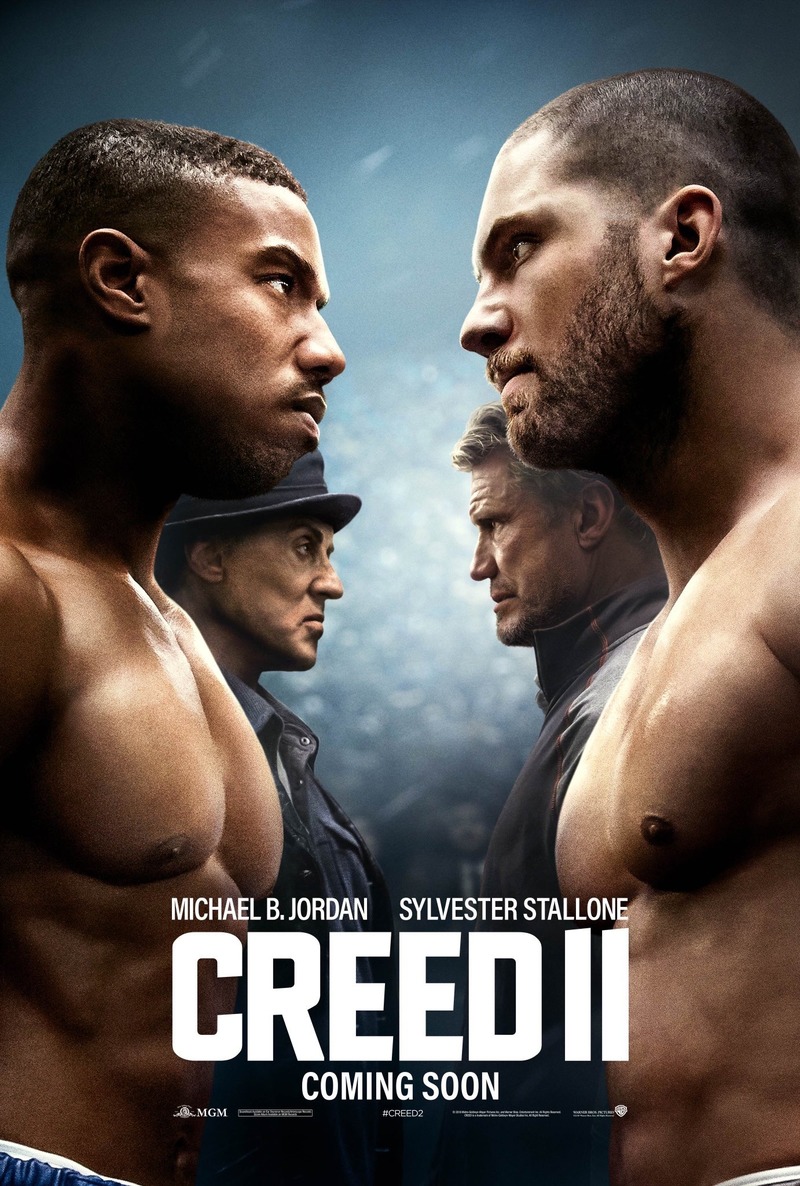 Creed 2 is the follow up to movie Creed 1. The movie is about Adonis Creed, son of Apollo Creed, who came from the original Rocky films. Adonis is a boxing champion and is looking for his next oponent. He finds his opponent, who was Florian Munteanu, a competetive Russian fighter. He trains for weeks whie also having drama with his personal life. He loses badly the first time, but to an illegal kick. Florian was disqualified and quickly asks for a rematch. He rises and wins the fight at the end of the movie and Florian's trainer throws in the towel. He proves himself to be the true champion

I thought that Creed II was a great movie. I didn't watch the first Creed, so at first I was confused about what was going on. As the movie continued, I slowly figued out what had happened in the past and why Adonnis was so passionate. The acting was very good and the fighting scenes were very exciting. I would recomend to see this movie while it is still in theatres